Tell us a little about you.

I’m a Writer, Director sometimes Producer. I have worked in the U.K. with the BBC. I have also worked in Europe, the U.S., Canada and lots of different places. My genre is action and martial arts, as a martial artist and practicing martial artists. So that’s what I love.

I’m hoping to do a Bollywood movie which I’m very excited about. So, there’s a lot of connection there with different cultures and I love rich cultures. For me action is amazing and I love different countries in different settings so anytime that I can get to go to these beautiful locations with so many colors and amazing to the senses and I’m all over that.

Tell us about your journey. Like where were you born? How did you get into direction, producing and so forth?

Basically, I’ve always been into film, film production. As a kid, I grew up watching theater dramas and I did drama when I was in school. I was also a professional singer and was traveling all over the world singing.

I always love to take videos when I was traveling and then I got into. I was also working in television doing sales where I need to sell the products by making the video and editing those ads for the product and that’s how I got into editing. Sometimes ignorance is bliss because some people if you really knew how hard it was we wouldn’t do it. So, I believe there’s a level of ignorance is needed just to kind of make that first step. After that I did a number of movies ‘FUTURE SHIFT’ my first movie and then ‘‘REPLECAN’’ and now we’ve got a bunch of others on the go.

Tell us more about your movie 'REPLECAN'

When I was doing ‘REPLECAN’ people said, “oh no… you can’t call a ‘REPLECAN’ because there was one called ‘REPLICANT’ and I think when we were typing it up everybody else’s movie came up but ours. So, we decided to give it the name ‘REPLECAN’.

‘REPLICANT’ which is Jean-Claude Van Damme movie. But we decided with ‘REPLECAN’ where C.A.N stands for Canada so everybody can remember and I am from Alberta.

So ‘REPLECAN’ is a movie came out of inspiration from one of my favorite authors Robert Ludlum known for his work called The Bourne series – ‘Jason Bourne and the Bourne Identity’ and one of the directors- a gentleman from England, called Paul Greengrass . We even make reference in our trailer to Jason Bourne. Basically in the story we have is a female protagonist and instead of being an American gentleman, she’s a Russian female. Also, Boyko was a big inspiration for that movie because we just loved you know Scott Adkins in Boyko and I only see him as Russian, but actually he is British.

Where can we see the movie?

Our distributor got back to us to say they want to present it to Netflix which would be a huge accomplishment for us. So right now we have signed up the contract with Amazon Prime for on probably about 67- 68 countries and it is in the process of being handed over and taken care of. It’s not available yet but it’s been accepted there. Amazon Prime U.K. and  Amazon Prime U.S.

Tell us about the projects you have done so far and are you working on any new projects that you would like to discuss?

Future shift as was my first attempt doing a movie and it’s an action movie which is kind of post-apocalyptic film. We actually have a project in between that called Operation loony bin, a big budget movie, that we have set it to the side for now. It’s a comedy, Canadian centric movie and the Canadians will really get a lot of the jokes and humor. But we’re waiting for meeting with Ryan Reynolds and I believe he really appreciates this project. The script has been reworked but we’re waiting till we get to the right people into the right budget. So then we have ‘REPLECAN’ which again is and said it’s a Jason Bourne-style action thriller. We are also soon coming up with the second part of ‘REPLECAN’

One of the things I just wanted to mention about our projects and what we’re doing is we strongly believe in a model which is like the bands they all work together and they do lots of gigs and events together and lots of tours and music together and finally they strengthen. That’s kind of like a model for from for our studio where we have our team working to build stronger one and doing lots of different projects. It’s very much very much a team spirit.

Another project we are working with is ‘Honorable Sins’. and the logline which is following an attack on a young girl. The townsfolk get together to decide that they’re going to rid their town of a group with ruthless traffickers. So it’s a more serious type of movie.

Well, it is beautiful B.C. I mean when I first came I was looking at the island. The island is fabulous and we actually drove down with a couple of friends who are now living on the water and just enjoying that life. I was very honored to be able to go down there and hang out for a little bit along with location hunting because we’re scouting for locations for our next project – the second part of ‘Replican’. So we had one area that we took some test footage. We are also going to Merritt to do some location scouting as well.

You are here for a good cause and you're involved with a big conference would you like to share a little bit about that.

Yes well, right now I’m attending a conference. But I do have a nonprofit organization called Real Diverse. I have done workshops and I also do a mentor and sometimes I’m asked to speak on panels as well. But this time I’m a participant. So it’s women in the director’s chair and it’s a group of women directors and distributors who were basically putting ideas together and we will be talking to people who have an international co-production companies that actually be able to say “OK well this project here it may be a year away maybe two years away but here’s some information about it”.

I guess because of the history of film it was always a thing that many people couldn’t really get into it as it was cost restrictive for many people men and women alike. Only a few people who are very fortunate to watch their work but brilliant directors. I think what Canada is doing is trying to lift up and try to get more female directors in there. But still, the underpinning as a female director is that there’s a lot of lessons, education and a lot of pertaining to strong female characters giving the ideas and when I grew up I didn’t always see a lot of female action heroes.

What do you think women in our society is fighting for?

We are fighting all across the board. We have the ability to fight for the opportunities for. like the rights to stay home and raise our children and be able to do that. Because to me I always love equality and It’s one of the few labels I put on myself and that means I want equal opportunities but sometimes it gets overlooked.

As a working mother, I loved raising my daughter and I brought her into what I was doing but not everybody gets the opportunity to do that. So it’s not that I’m saying we shouldn’t have jobs, instead, they should have the opportunity to be able to afford to stay home and being able to afford to go to work if they choose. And I believe we’ve been swayed completely on one side. It may not be a popular view but that’s how I honestly think about it the ability to do both.

What type of movies would you think will be a great tool to ignite social change in order to help a woman who is mistreated?

I think back in the day the film called ‘Death Wish’ which is Charles Bronson movie stayed with me for a very long time. This was a vigilante and which people say “oh you shouldn’t promote vigilantes”, but I’m not going to promote victimhood here.

So that’s not one thing what I would ever do. So I can’t name any specifically where we have female characters but you have a number of them where women have kind of turned their hides. I think off the top of my head ‘Honorable Sins’ is one of those movies where it’s a strong female lead and with not the traditional role of a woman. I had to decide how much to pull it back because it is a vigilante type movie but it’s one where women are going to go explore their inner courage.

As a woman, what do you believe society’s role should be in preventing sexual assault, and how do we better support women who have been sexually assaulted?

This is a very serious issue to be addressed and it is the basis of one of my current films. Honorable Sins and as the title says it’s somebody does something which is a sin but it’s something honorable and at the same time it’s a complex title because the movie is about like I said how can you do something wrong, but for a right reason. And It’s based off an inspired from the number of women who are abducted here who’ve been trafficked killed and not just women but children and so many.

So basically this is so strong in my heart. This is why we have the movie and I feel very strongly about it and make people think about what we can do about it. First of all, is education. Education’s like what can we do to prevent rapes or stop having rapists. Secondly, whether policies say out is we can’t expect society at one way if our laws act a completely different way. Thirdly we always put all the emphasis on the woman and I would love to see lots of women do self-defense classes and also change in psychology, an attitude towards like “ How dare you” and that anger is totally ok because it makes us able to sometimes move forward.

On International Women’s Day, what is the most important message you want to send out to young women thinking about their careers?

All I wanted to say is whatever it is that you’re doing, whether it’s acting or directing or writing, just have a go and do it because let me tell you right now you have the opportunity to utilize the social media platforms like YouTube, Twitter  and people just want to watch interesting content and Vancouver is a land of Opportunity. As a kid, I always remember seeing these epic movies with the mountains and the snow and the forests and I was like “ oh I wish I had access to that and Now I do” 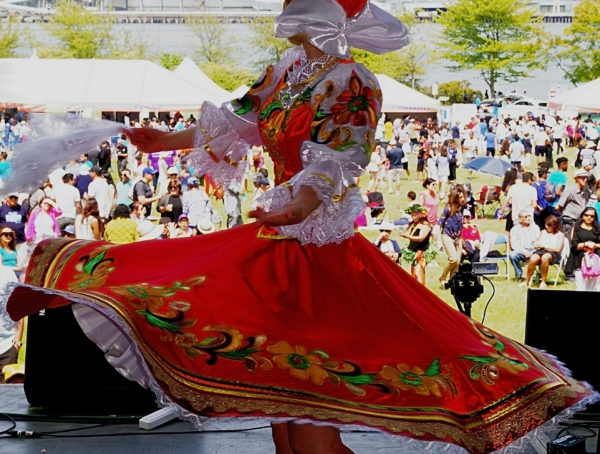 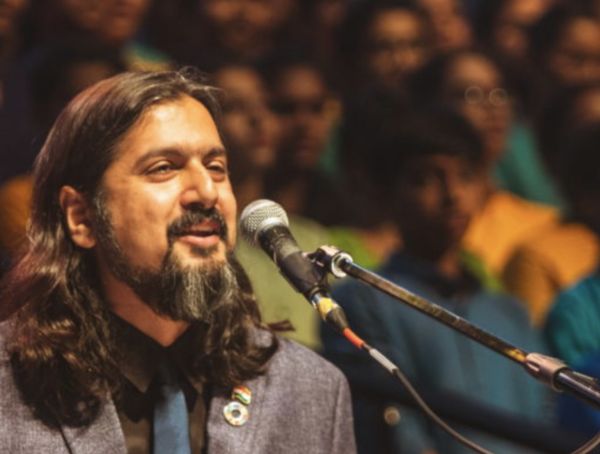