A First Responder’s Gala was organized in the Lower Mainland to send a strong message to first responders that “the community cares about them and that they are very much appreciated in their line of duty.” The event was attended by members of BC Ambulance Services, Abbotsford Police Department and Surrey Royal Canadian Mounted Police (RCMP) representatives.

The gala was put together by organizer Shanjeelin and her brother, Anish Dwivedi, who promise that next year’s event will also possibly see the participation of First Responders from the neighbouring United States, as well as representatives from commonwealth member countries.

First responders are routinely exposed to traumatic events during their duties, which can lead to long-term stress related illnesses. As such, it is very important for first responders to take care of their mental well-being.

PTSD (Post-Traumatic Stress Disorder) is a mental illness. Some symptoms of PTSD include a deep sense of helplessness, abnormal fear, feelings of devastation, flashbacks from the event, a feeling of numbness, aversion to social contact, or avoidance of situations that might trigger memories of the event. Some physical responses may include depression, anxiety, sleep disturbances, panic attacks, irritability, anger outbursts, difficulty with concentration or memory, feelings of vulnerability, fear of normal every-day activities, or feeling overwhelmed by the smallest of tasks. PTSD is treatable. However, if left untreated, PTSD symptoms can become worse. Some documented cases include addiction to drugs or alcohol; chronic pain, hypertension or physical maladies; self injury; overwhelming fear of death; compulsiveness; personality changes; and self destructive incidents, to name a few.

A study published in the Canadian Journal of Psychiatry concluded that Canadian public-safety personnel such as police officers, paramedics, firefighters and correctional workers experience “substantial and heterogeneous difficulties with mental health” at much higher rates than the general public. More than a quarter of 5,813 participants (26.7 per cent) reported symptoms consistent with two or more disorders. In 2017 so far, it’s estimated that 52 first responders have committed suicide in Canada.

There were a total of 914 overdose deaths in all of 2016, an increase of almost 80 per cent over the number of deaths in the previous year (510). Firefighters who were often the front-line workers in the Down Town East Side, were feeling the strain after responding to the thousands of overdoses in 2016 alone.

Earlier this year, BC Emergency Health Services began offering paramedics psychological resilience training, in large part owing to the province’s opioid crisis, but also so members are better able to navigate the acute stress they encounter on the job. While seeking help, many first responders face financial challenges in addition to a lot of other challenges. At the end of the day, these first responders are still human beings and they do have emotions; their lives are impacted by tragic events that they have to deal with in the line of work that they do.

While addressing the guests that were attending the gala, Deputy Chief Paulette Freill referenced an article “Somewhere in America it’s likely a First Responder died last night” by Phil Zachary. The article talks about first responders who lost their lives in the line of duty. For Abbotsford Police Department, this bring backs memories of November 6th when the APD lost a member who was responding to a 911 call. It had been reported a 60-year-old armed man was trying to harm the public. Const. John Davidson responded to that call and was shot by the suspect while protecting the community. In her speech, Deputy Chief Paulette Freill said, “There is no preparation for running into danger. It’s a calling for a first responder, it’s not a job. We run into danger when other people run away from it because we want to help people. First responders deserve gratitude and I would like to thank Shanjeelin and Anish Dwivedi for organizing this first responder’s dinner to show gratitude. Many people think that first responders are like characters in the movies. They put on their uniforms, run into danger, save people, dust off their uniforms, get back in the car and are ready to do that the next day. But it is not like television; there is far more to it than that. [As quoted from the article by Phil Zachary] ‘Ironically, most first responders don’t perish in cinematic fashion . . . Many die in auto or training accidents, from heart attacks, asphyxiation or heat stroke. Like those of us who aren’t sworn to serve and protect, public safety officers typically perish in ways that are decidedly normal. And that’s why they deserve our gratitude. You see, a case might be made that what motivates men and women to wear the uniform is some John Wayne vision of swooping into the most dangerous circumstances of our lives, saving us from our own calamities, then dusting themselves off and hopping back on the truck to play it out again and again, like some weekly television drama. But the statistics would indicate that lives of first responders are antithetically punctuated by the cadence of tedium and the haunting mindfulness that there’s no such thing as routine . . . If heroism is illogical, insensible and something that cannot be scripted, then every first responder is inherently a hero, regardless of whether or not he or she ever saves a life, discharges a bullet or, for that matter, does anything even remotely heroic. [A first responder’s] greatest calling is to stand always ready.’ One in three officers is dealing with post-traumatic stress disorder while on the job. Being able to be that person who helps someone in their time of emergency is a gift that you really can’t understand unless you do it.”

The organizers of the First Responders Gala have committed to making this an annual event where first responders and their spouses will be invited to attend at no cost to them. The idea behind this event is to show appreciation, and also for first responders to network and connect so that if need be they are able to reach out for peer-to-peer counselling. The organizers would like to take this opportunity to thank community members such as Nasir Kamrudin of Surrey Honda, for stepping up and supporting the cause. 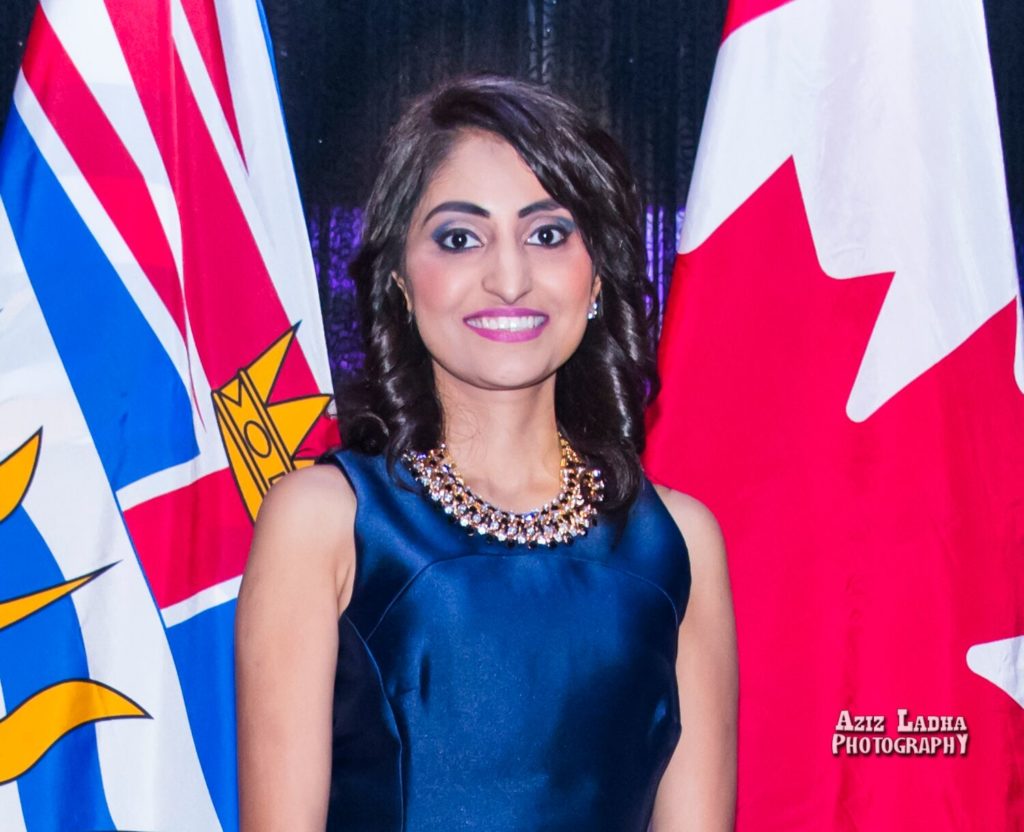